Our General Meetings include a talk from an invited Speaker, starting at 11am.

See also Talks on Zoom and Other Talks of Interest.

A talk by Rebecca Smith

South West Coordinator for the CWGC
Come along to find out about why the Commonwealth War Graves Commission was formed and how they commemorate the 1.7 million servicemen and women of the Commonwealth who lost their lives in the First and Second World Wars today.
Website: www.cwgc.org

A Life in Music 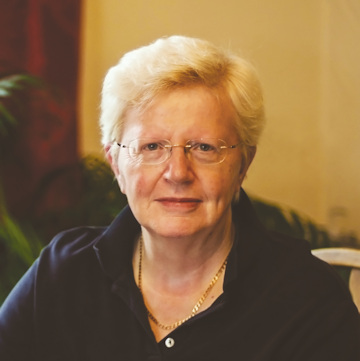 A talk by Anne Kimber

This presentation will be partly a talk by Anne Kimber followed by a conversation with our committee member Brian Mathieson. Ann will talk about her experiences in music and her work in bringing live classical music to Plymouth. The Plymouth Symphony Orchestra (PSO) is the foremost and most accomplished group of its kind in the South West and has, in its 140 years’ existence had only six conductors. The most recent is Anne Kimber who has been in that post for over a decade, having joined the orchestra as a flautist. She has also performed with several other groups, including Bournemouth Sinfonietta, Birmingham Royal Ballet, Opera South West and the South West Sinfonietta. As a conductor, she is recognised for the power and vibrancy she draws from the PSO.

For talks on Zoom meetings

About two weeks before each talk all members will receive an emailed invite from our Meetings Co-ordinator, asking if they wish to attend the talk. There is a limited of 95 attendees, and these will be allocated to the first 95 responses to that email. A few days before the actual date of the talk, a link to join the meeting will be emailed to those confirmed acceptances. On the day of the talk, all attendees will be automatically ‘muted’ to avoid any interruptions from background noises.
All the talks on Zoom start at 11am, though you can sign in to Zoom from 10:30am.

The Story of ‘The White Mouse’, Nancy Wake

An illustrated talk by Paul Barwick

Tells the story of a WW2 spy Nancy Wake. A remarkable woman who lived with the daily threat of death for almost 5 years.
Her incredible courage and strength of purpose is an awe-inspiring tale set against a world set on fire. Overcoming every challenge posed. Nancy is one of the most decorated Allied woman of the war.
We explore her life, lived to the full and salute her tremendous bravery.

Other Talks of Interest

In addition to a subscription for full access to all talks, Mirthy has occasional free talks. See Mirthy Free Talk Events.

Travel the world. From home. Live-stream a tour in one of 450+ locations around the world. Free to join. Each tour shown at a specific time. Provide by Heygo.

What can you do on a tour?

Find your tour at Heygo.

All News and Posts

Our Monthly General Meetings take place on the second Monday of every month. See Monthly Meetings page for full details.

The next General Meeting is on Monday 8th August. No future Zoom talks scheduled. See Talks post for more details.